Since my last post I have been going through an adjustment period. Certainly the last thing I want is for this to seem like I’m complaining, but there are some things I’d like to get off my chest and maybe endear some sympathy 😉

At home, we now have a fully functioning kitchen, tonight I will attempt to cook! This has taken a week and a half. The cooker was the first challenge; having been told that the gas bottle was full, I was struggling to work out why I couldn’t get it lit to make coffee in the morning, to then try it in the evening when it would work! Madness. Anyway, turns out there was no gas. Full, empty = same.

I purchased most of our stuff from an Australian girl who is leaving SR after 2 years. Cushions for the shiny lounge chairs and everything we should need for the kitchen, including a blender! Then came the challenge of getting that to work. After an extremely hot day yesterday I was keen for a banana smoothy, I had everything I needed but couldn’t get it to work. After much frustration of not getting it to work for two days and trying almost every powerpoint in the kitchen, I learned that only one powerpoint in the kitchen works!

On Sunday night my friend the tuk tuk driver took me out to the ‘space market’ just out of town. I had no idea what to expect and on our way it started hammering down with rain. I suggested we turn back but that wasn’t to be, on we went with the aid of a lovely blue plastic poncho. The markets were only semi operational and most stall holders were closing up. It was mostly clothing and handbags from what I could see. We went to eat instead at a lovely tarp set up restaurant. Wooden slats were laid down on the ground, and very necessary because everything had turned to mud. My friend ordered and I went along with it, everything was excellent until I discovered that I’d put a piece of liver in my mouth, too late, I tried my absolute best to chew and swallow it but I just couldn’t do it. The good news is that the attitude there was if you don’t like it just take it out of your mouth and throw it on the ground!

After I stopped in at my hub friend’s new place for a second dinner! It was nice hanging out with a couple of expats; one French Canadian and one Aussie. They Aussie brought an excellent bottle of Shiraz from McLaren Vale – so you know… very challenging, but I do what I can to fit in and drank some.

On Tuesday I signed up to a kick boxing gym, on the way my newly acquired, eco friendly drink bottle decided to empty it’s entire contents inside my backpack – yay. The class was excellent and I’m still hurting 3 days later and can’t wait to go back next week. 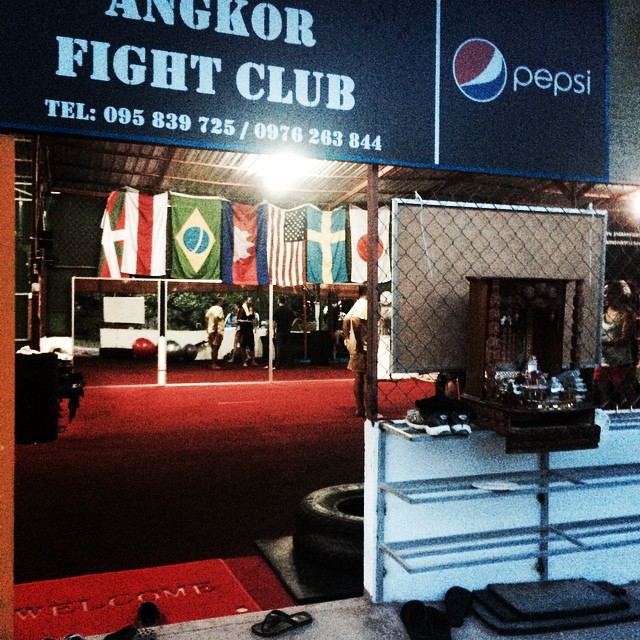 Hint: you can see more pictures on my Instagram.

My nurse friend came along too and we went for dinner afterwards deciding to try out one of the local places in my neighbourhood. There are a lot of Vietnamese places and I was intent on having pho. We then got distracted by the BBQ place, we’ve been quite a few times to one in town, so we embarked on inadvertent offal adventure number two. I returned home to a lively poker game my housemate was hosting with 4 of her French expat friends. I joined in, despite not speaking French or knowing much about poker. It was a strange but nice night.

Hopefully this post comes across as amusing, it’s intended to make light of my crazy week.